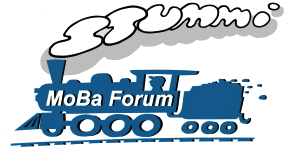 hallo today from my coolection and of my friends not speak to locosteam but the the first diesel loco of yugoslavija the class 661 in most different version....
As we said in the introduction, among several locomotives from different manufacturers. JZ has taken the diesel electric locomotive manufacturer G16 GM-EMD (General Motors - Electro Motive Division). Type G16 is designed as an export model, a derivative of the standard American type SD7 / 9
The main features of the 661 series locomotives schedule axle Co' Co. 'weight 108-114 tons of axle load between 18 to 19 tons per axle, depending on the sublots, the maximum speed of 124 km / h (excluding 114 km / h sublot 000). Locomotives have a reliable two-stroke engine type EMD 567C or 567E of 16 cylinders in V performance (45 °

of 1435 kW (1950KS) or 1454 kW (1975KS) respectable. The engine is put on as so-called Rutova blowers which is the same supplied air and encouraged flushing cylinders (compression rate 1:16). The diesel engine is powered by the main generator, which is then supplied by electricity 6 traction motors 'coupled' in four different ways, depending on the speed of the locomotive - the load. Individual subseries were equipped with steam heating devices that are guarding the Vapor OK OK 4616 or 4625 depending on the guarding the Vapor OK OK 4616 or 4625 depending on the subseries.
Locomotives series 661 were built from 1960 to 1973 years (001-233 La Grange, Illinois, USA, and London 234-415, Ontrio, Canada), a total of 220 units were built in several subseries which technical 'relatively' little different:
- 661-0xx - 1960-34 lok - EMD 567C - Vapor OK 4616-114 km / h
- 661-1xx - 1960-1961 - 64 ext - EMD 567C - Vapor OK 4616-124 km / h
- 661-2xx - 1966-1973 - 78 ext - EMD 567E - Vapor OK 4625-124 km / h
- 661-3xx - 1970-27 lok - EMD 567E - EDK - 124 km / h
- 661-4xx - 1972-1973 - 15 ext - EMD 567E - 124 km / h
In addition to these 218 locomotives produced two more locomotives for TENT (Thermal Power Plant Nikola Tesla Obrenovac) which were identical sublot 200 except that they did not have the steam generator.
The main visual differences between subseries:
- Lok subseries 661-0 showed a lower reservoir for water from other sub-series, with a little different layout elements below the chassis so that the reservoir for the air was visible.
- The first part of the locomotive is supplied with oval bumpers, but they are replaced regularly over the years Locomotives equipped subseries 661-3 electrodynamic brake and therefore the 'short side' locomotive can see the installation of air conditioning resistor.
- Subseries 661-4 has a different ("cradle") 'short side' for lack of a steam generator and brake elektrodinamične This results in better visibility
- Locomotives subseries 661-3 and 661-4 for lack of a steam heating have tanks for water but larger reservoirs for oil.
Over the years, especially after the dissolution of Yugoslavia, each locomotive has undergone various modifications such as:
- Extraction of steam heating and water reservoirs
- Any installation of electrical heating
- Modification of the radiator shutters
-Installation of electric heating with full modernization (661-5)
-Installation of electric heating and extracting two traction motors with modernization (646)
Remodeling-engine EMD 16-567C / E in the EMD 16-645E (1640 kW or 2230 HP).
After the disintegration of Yugoslavia in all republics except in Croatia zadržanaa the existing numbering scheme and distinctive coloring. Croatian Railways locomotives are in series prenumerisane HZ 2061 and HZ 2043 (6 locomotives adaptations in series 646). Also, part of the locomotive is painted n blue-and-white or gray-blue color scheme.
Check our 661 series line marked the beginning of the end of steam locomotives. Powerful 661 series machines are their (formerly) respectable performance, reliability and ease of maintenance, and outperformed the best steam locomotives. Series 661, together with other traction units as Series 441, 642/3 and 812, which were also present in all the republics introduced a new standard in rail transport on our for different lines-
for the model we have the rebuilt and handmade from many firm but we have many
Today, commercially produced model Kennedy 661 by Slavko Jovanovic-
Models 661/2061 and once worked modeler Drazen Bijelic:

MY CROATIAN MODEL 661 BY DRAZEN BJIELIC

My name is luca this is my layout my collections of model ho is dedicate to locomotive and coach handmade of slovenian,croatian and another balkans state 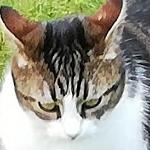 these locomotives are still driving in the former jugoslawien.ich know it well from the look.
I'm from serbia belgrade

these locomotives are still driving in the former jugoslawien.ich know it well from the look.
I'm from serbia belgrade

My name is luca this is my layout my collections of model ho is dedicate to locomotive and coach handmade of slovenian,croatian and another balkans state